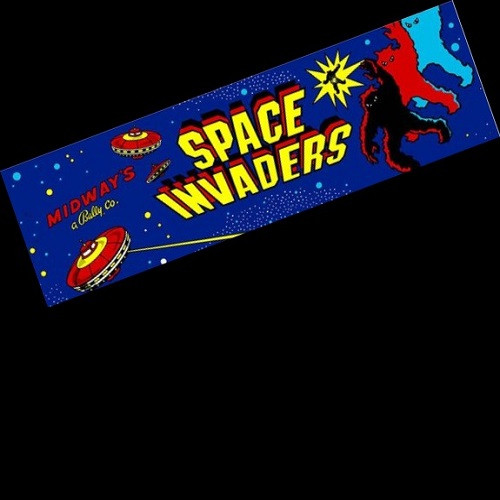 Plus many extras features such as Free Play, High Score Save, powerup Diagnostics, on-screen configuration Settings, and an interactive testmode.

Been wanting freeplay and score save forever on my Space Invaders

Easy to install save kit for Space Invaders

Fun for the whole family! Thanks for the fast shipping

Think this is a must have kit for my game. Really like some of these other games

Write a review and tell everyone what you think about this product
Reviews will be activated after verification.
FAQ 4
Questions and Answers... more
Menu
Here are some common FAQ's / Questions for this product
Ask a question about this product
Thank you! We will try to answer them as soon as possible and post it here if appropriate for others.
Now I have a Bit Error?
From Ryan on 6/7/2020.

The space invaders also works but when I turn it on I get a “self test failed screen” and then I press fire and it goes to game select. Is this normal? 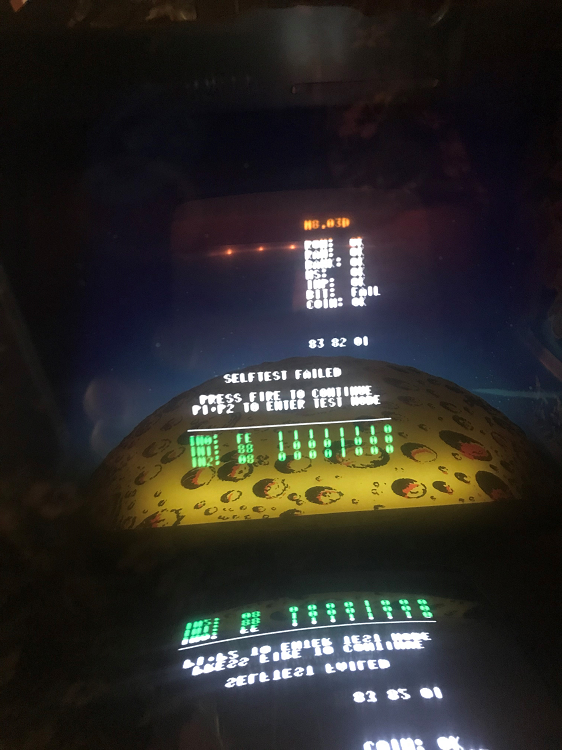 There is an issue with the bit counter on your pcb somewhere. You may or have may not seen it before the kit, that’s why the kit still allows you to play as it’s not a major error…

What type of processor is used on this kit?

Can the roms be removed with this kit installed?

Yes. The SI, SI Taito and SID Multigame kits can be used as a rom saver. In fact, 99% of all the kits out there (mine, Braze, whatever others) can do this and save you the headache of trying to replace roms and sockets. Some eproms are getting harder to find and some programmers that hobbyists use cannot program them anyways.

Always best to get a HSS kit and enjoy the added functions like multigame, attract sounds free play and more! 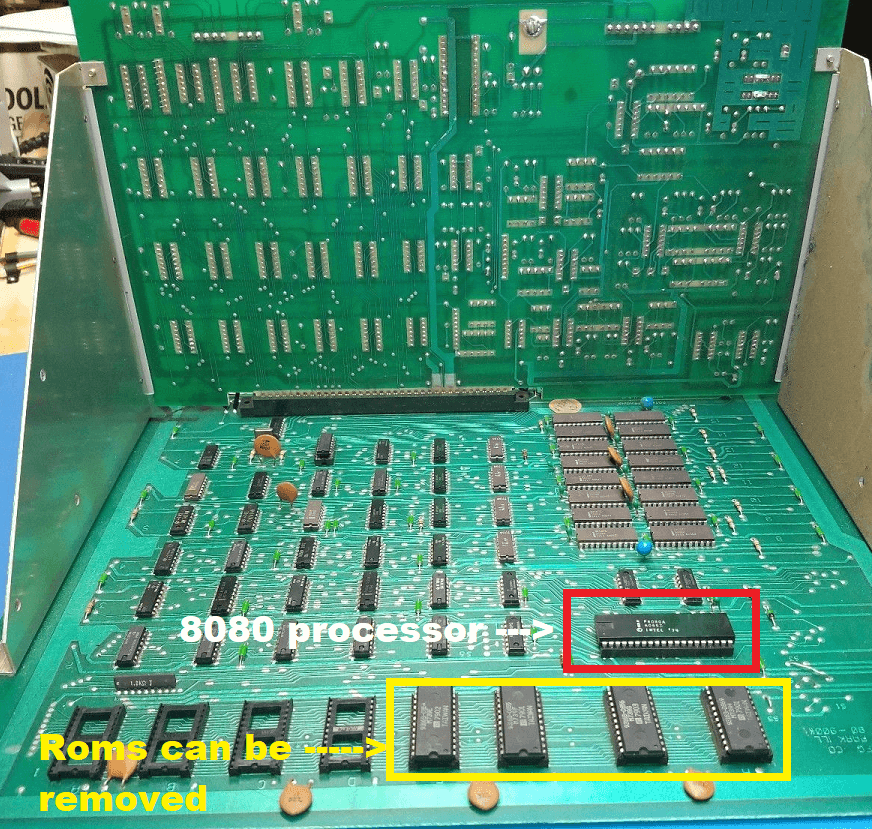 What would cause this error? See attached. Game boots but does not allow game selection. 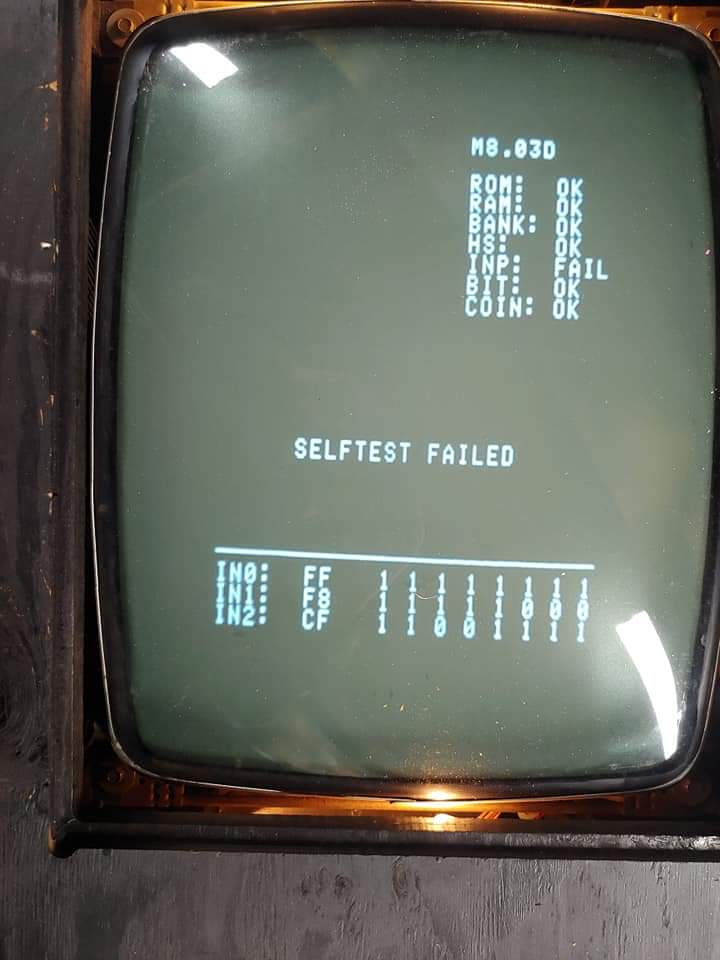 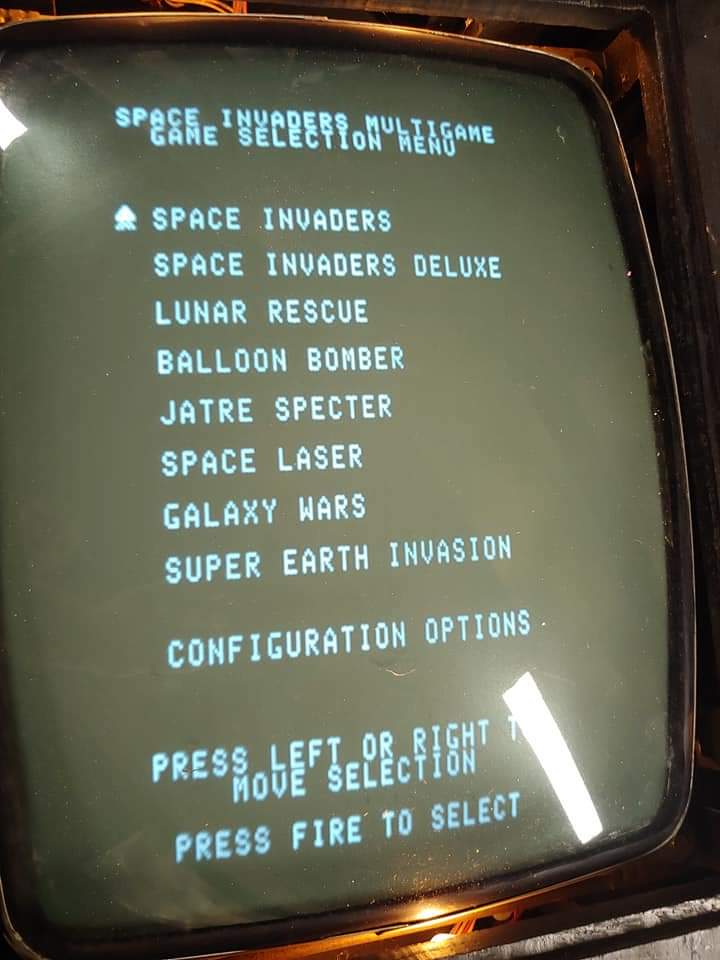 There is a stuck input or more likely a switch wired backwards (eg. always on, instead of just one when pressed).  Maybe the fire button or start button.  Probably just have the wire attached to the normally closed tab instead of the normally open tab.   The games will not work correctly if any switch is backwards.  Some games you might not notice.

IN1 is probably the culprit and guess is both start buttons and coin switch are all 3 backwards from a quick scan of the MAME source code.