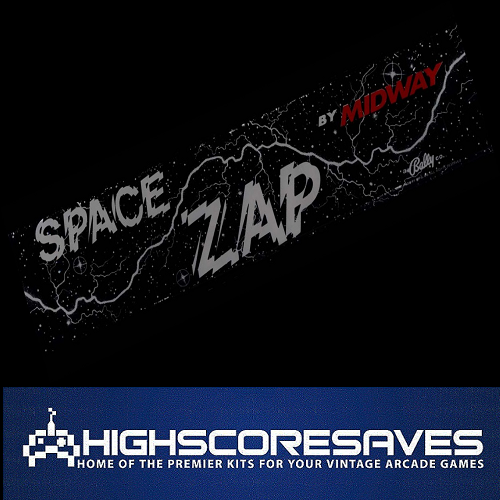 You can purchase the online version of the save kit that features the high score upload to the internet above for $15 in the drop down choices. You will receive a specific SK and PK Key that will unlock this feature and an online module that connects with a Cat5 or Cat6 cable. See the bottom of the User Guide for more details on DHCP and DNS settings needed.

The online module will allow you to display your own arcade score board and you can compete against other game players with our save kits globally, in your own country or just in your own game room!*

You can have multiple games with online capabilities on your network. We recommend using an access point in your game room. The access point can have a switch attached that can add up to 64 ports to upload scores. These switches can be purchsed separately at any major electronics store for under $30. Once you have your games online, you will wonder why you didn't do it sooner!

* You are not able to add the online module after the initial purchase as the socket and connectivity LED lights for it will not be populated.

Arrived quick and highly recommend this save kit

My fiancé loved this gift!

Another great kit for my arcade games!

Space Zap is a must have gane for me so we bought the save kit!

This is a guarantee buy if you have a Space Zap!

Saving all out scores...

This kit is a pretty easy install. Saving our scores now!!

Absolutely great kit, had some questions and Joe went above and beyond, he cares about the client and the support after the product has been sold, he is not just trying to push kits. Cannot recommend these kits enough, you will be extremely satisfied with the quality and the support you will receive.

Write a review and tell everyone what you think about this product
Reviews will be activated after verification.
FAQ 1
Questions and Answers... more
Menu
Here are some common FAQ's / Questions for this product
Ask a question about this product
Thank you! We will try to answer them as soon as possible and post it here if appropriate for others.
What is "enhanced mode" on Space Zap?
From Rick on 05.11.2020 22:08.

What is "enhanced mode" on Space Zap?

Enhanced = Coin Counter 1 - The output is used to control (for example) a 12v LED strip for explosions...(it flashes in the opposite way of the explosion on screen)

Usually, the code switches the black/red wire to gnd for a few milliseconds (to count) after a coin is inserted.

When you switch to enhanced mode -

Now, the led strip will flash in the opposite way like the explosion flashes!

See the quick video under the Video Tab. This will show the effects on a Spaze Zap cabaret!