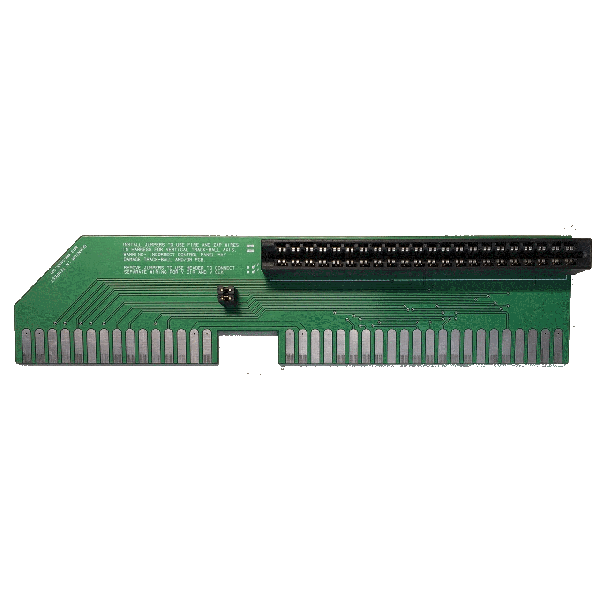 This product is currently not available

Description Customer Reviews 0 FAQ 0
Description
This small board allows a Quantum PCB to be plugged in to a Tempest cabinet. It uses the... more
Close menu
Product information "Tempest to Quantum conversion pcb"

This small board allows a Quantum PCB to be plugged in to a Tempest cabinet. It uses the existing wiring in the Tempest cabinet… all you’ll need is a control panel with two volcano buttons and a trackball.

The Tempest spinner is the same as half a trackball - it uses the same encoder board to read the pulses of light passing through those little windows in the spinning disc. The encoder board has +5v and ground, and then two wires for the data. A trackball adds a second encoder board to read the direction and speed for the second axis of the trackball. Since there is already +5v and ground, all you need are two more wires for the data from the second encoder board. I used the existing two data lines from the Tempest spinner for one axis of the trackball, and broke out the other two lines as shown on the PCB diagram. The board comes with jumpers installed which repurpose the fire and zap button wires already in the Tempest harness (and not used by Q) to carry the data for the second axis. Wire your control panel just like Tempest but with the spinner connector plugged into one encoder board and the button wires routed to the other. Or remove the jumpers and run two new two wires directly to the second encoder board.